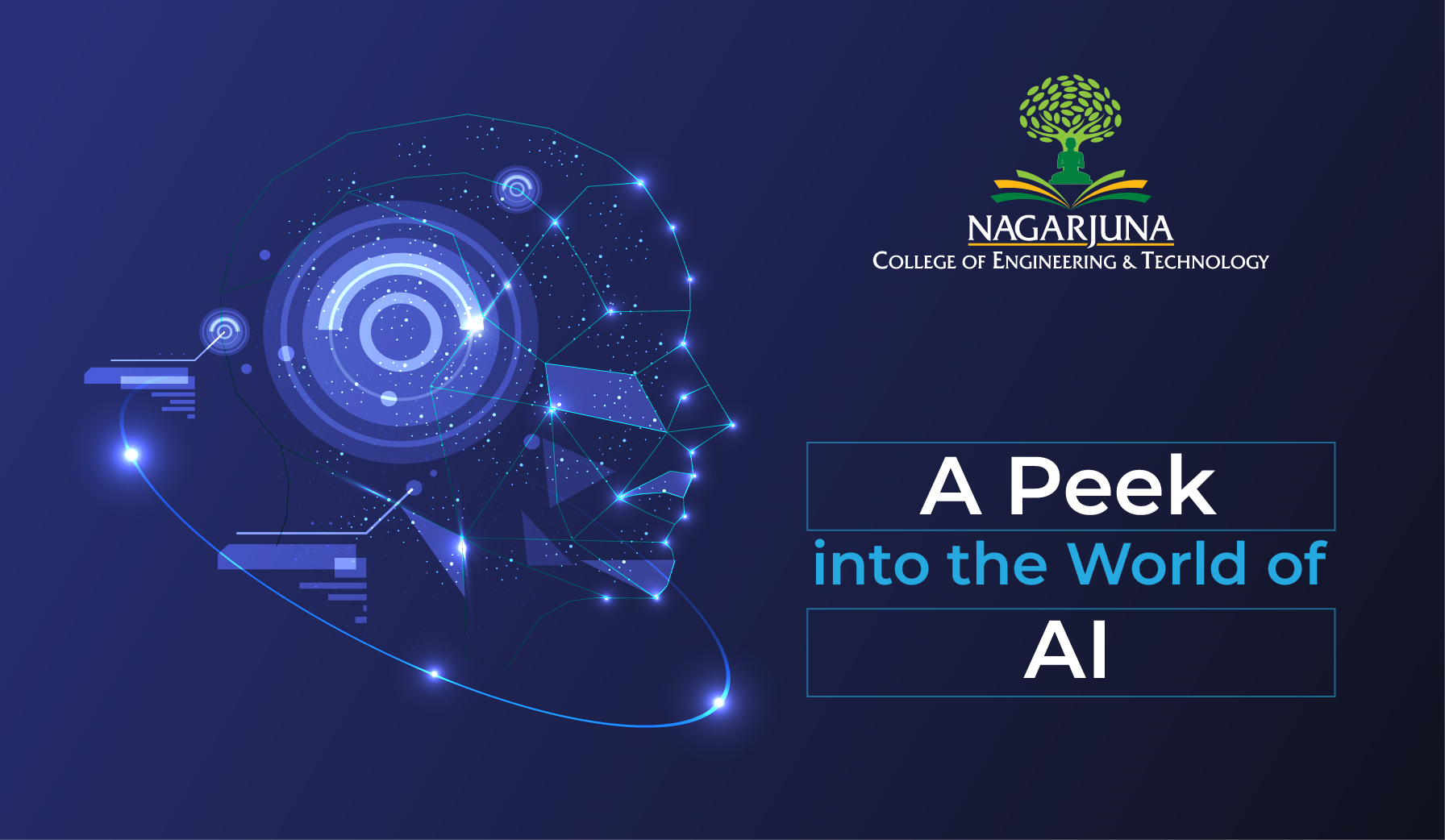 A Peek into the World of AI

Science and Technological field is constantly upgrading and improving. Who would have thought in the earlier days that we would reach the moon or explore the space? But alas, it’s the 21st century, where space is open for exploration as well as tourism. And on planet earth, there are brilliant technological advancements happening. One of the best examples includes humans experimenting with artificial intelligence to create a better and stable future as well as ease life responsibilities.

Let’s dive into the AI world and figure out the working of such an amazing tech.

Sneak peek into the history: “Artificial Intelligence” as a word was first coined by John McCarthy in 1956 while doing conference on AI summer research project in Dartmouth College, Hanover, New Hampshire. Therefore, John McCarthy is considered as Father of AI.

Artificial intelligence is regarded as a tool that is used for upgrading machines ability to adapt and learn from human point of view. Mainly computer systems are preferred for AI experiments as it is easier to give command through coding. It can also be achieved through the algorithms designed for the activity with the help of machine learning branches like deep-learning and natural language processing.

In simple terms, it is basically imbibing human abilities of processing information, efficient thinking as well as learning and adapting with skills like problem-solving, analytical thinking, situational thinking into a machine for time management and easy process of human tasks.

Have you ever wondered about the future where Artificial Intelligence takes charge of everything? Sounds like a Sci-fi movie script, right! But there is a possibility of this in the coming 20-25 years viewing the advancements in the field of AI. There are 3 main stages that an AI has to go through to reach the supreme level. Let’s just explore them a bit.

The first stage is of Artificial Narrow Intelligence (ANI), where the machine has limited ability to carry out the work. It provides us with the output based on the instructions and input it received.

The second stage is of Artificial General Intelligence (AGI), where the machine matches the intellectual level of humans. Here, the AI learns from observing the logical as well as emotional aspects of human behavior and adapts to situations accordingly.

The third stage suggests the supreme level of AI where the AI has the ability to recognize the thinking patterns and alter them according to its own will, basically like a human. This AI is called as Artificial Super Intelligence which is recognized to be more capable then humans in its actions.

This is just the surface level; you can dive deep into the core of it all. You can even be a part of this fascinating world and create an AI which will be a better addition to the society and all together to the race of humanity.